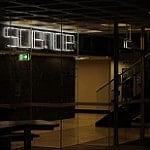 nnHere is a short publication notice: One year after publication in German, an anthology edited by Peter Weingart and Niels Taubert has now also been published in English – „The Future of Scholarly Publishing: Open Access and the Economics of Digitisation“.nn nnThe bibliographic data of the book which is available under a Creative Commons Attribution 4.0 International Licence are:nn

nnHere is a longer piece from the intodruction (written by the editors) to outline the scope of the book:nn“The formal scientific communication system is currently undergoing significant change.  This is due to four intertwined developments: the digitisation of formal science communication; the increasing relevance of profit-making on the part of many academic  publishers and other providers of information (in short: ‘economisation’); an increase in the self-observation of science by means of publication, citation and utility-based indicators; and an intensified observation of science by the mass media (‘medialisation’). Previously, these developments have only been dealt with individually in the literature and by science-policy actors. In fact, they not only affect the scientific communication system in the form of simple, individual causal chains but also in the form of long feedback loops and partly intertwined processes.nnThis book documents the materials and results of an interdisciplinary working group (IWG) commissioned by the Berlin-Brandenburg Academy of Sciences and Humanities (BBAW) to analyse the future of scholarly publishing and to develop recommendations on how to respond to the challenges posed by these developments. The IWG served a three-fold purpose: first, the connections between the abovementioned developments were described; second, further relevant research on understanding recent developments was undertaken; and third, recommendations on the design of a future scholarly publicationsystem were formulated.nnAside from the analysis of these interactions, the IWG also set out to take diverse framework conditions, standards and perspectives from different scientific fields into consideration, the goal being to formulate recommendations in the name of science as a whole and for science as a whole. Thus, in addition to the factors of influence, the heterogeneity of the publication cultures in different disciplines and fields of research was to be taken into account. In order to become familiar with these conditions and to be able to develop this mass of information into a concise format, interviews with members of the BBAW were conducted. These provided valuable information on the communication habits of different disciplines and fields of research, and revealed significant differences in these habits. Given the limitations of this approach and of the information gained in this process, an online dialogue was conducted which invited all German-speaking scientists and academics to participate in the development of the recommendations. Almost 700 participants responded with great interest and provided the IWG with important information about current problems and challenges in the formal communication system. Moreover, this procedure helped in identifying a normative consensus on what constitutesna good communication system. In addition to the views of the scientists, perspectives of experts from publishing companies and libraries were surveyed in order to gain a multi-layered and more complete picture of the publication landscape. Finally, three expert reports on central issues were commissioned.nnBy means of a multi-level evaluation and decision-making process, the Academy adopts recommendations of working groups so that – in cases of approval – they are published in its name. In spite of efforts to involve scientists early on in the development of recommendations in order to learn about their perspectives, standards and interests, protests emerged during the final process of acceptance. Several Academy members from the humanities called the recommendations unbalanced insofar as the role of digital publication was overly emphasised while that of printed publications was neglected. Thesenarguments were taken into consideration in a revised version. In our opinion, the debates during the course of acceptance indicate one thing in particular: there is a need for further extensive discussion about how to deal with the current challenges in the scientific communication system. This issue will continue to occupy science within and outside the Academy.nnAs per the IWG’s intention, the focus was mainly on the sciences and humanities in Germany. However, in the course of the work it became clear that the issues discussed by the group are also relevant for academic publishing in other countries. This was corroborated by the fact that when presenting some of the findings at a conference at Stellenbosch University in September 2016, interest was expressed by the director of Centre for Research on Evaluation, Science and Technology (CREST), Professor Johann Mouton, to publish an English translation. This interest is based on two grounds: first, thenacademic publishing system is at the base of CREST’s core activity, especially bibliometric studies of world-wide scholarly publishing, and second, Professor Mouton’s role at the South African Academy of Science in reporting on the state of scholarly publishing in South Africa.“nn