nnStockholm University Library  has monitored gold and hybrid publication charges (or Article Processing Charges APCs) for Open Access publishing at Stockholm University. The results are published on OpenAccess.se in a short posting  by Lisa Lovén andnLiisa Hänninen.nnThe University of Stockholm has spent 2.967.093 Swedish Krona (SEK) between January and August 2017 for APCs.  Of this total, 60% were paid for Hybrid Open Access APCs and 40% were paid for Gold Open Access APCs. The data show that these four publishers have received more than half of all paid APCs, 1.662.896 SEK:nn 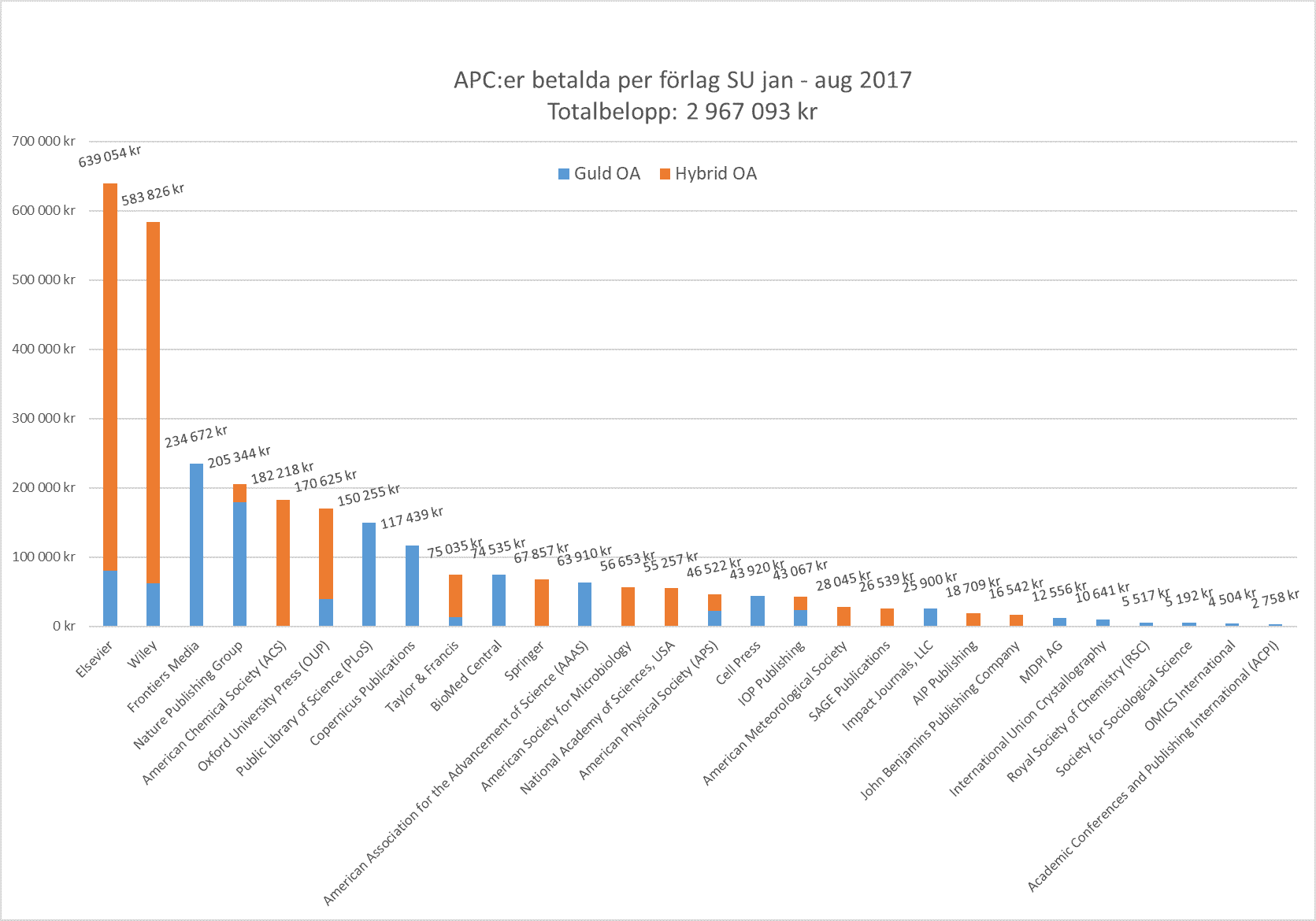 Illustration by Lisa Lovén and Liisa Hänninen, taken from http://openaccess.blogg.kb.se/2017/11/20/lisa-loven-apc-kartlaggning-su/#more-3935, available under a Creative Commons Attribution 4.0 International (CC BY 4.0) License

nnBy the way, Springer ranks eleventh with 67.857 SEK, behind BioMed Central (74.535 SEK).nnLisa Lovén and Liisa Hänninen comment this as follows (translated by the author of this article): „The results reinforce the image that has been reported so far, both nationally and internationally, and show that the commercial approach of Elsevier and Wiley is top of the league, long before anyone else“nnSimilar concentration effects can also be found in Germany (see slides 9 to 13 of this presentation), where in 2016 49.59% of the APC payments reported by the OpenAPC project went to Springer Nature, Elsevier, and Wiley. If one considers frontiers as part of Springer Nature, the share increases to 55.5%.nn nn